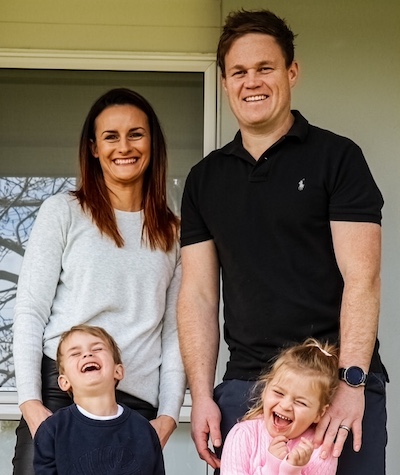 In October 2016, Wagga Wagga couple, Jeff and Carly Millar, received the devastating news that their 2 year old son, Charlie, was diagnosed with A-T. Shockingly, 7 months later, still reeling from Charlie's diagnosis, they were once again devastated to learn their younger daughter, Zara, also had A-T.

Faced with the possibility of outliving their children, Jeff and Carly were determined not to be defeated. They rallied family and friends, gathering a group of 25 men who committed to join their ambitious Walk to Everest for A-T campaign, initially aiming to raise $100,000 for BrAshA-T. Ranging in ages from 19 to 61, including both of Charlie and Zara's grandfathers, the group knew they had an overwhelming task ahead of them, even before they stepped onto the mountain!

Over the course of 2018, the Millars organised countless fundraising events, exceeding their own
expectations and raising over $100,000 5 months before the trek even began! Invigorated by this amazing
community support, the Millar's didn't settle there, continuing their fundraising efforts while the trekkers
trained for the great climb that awaited them.

On 31 October 2018, the group traveled to Kathmandu to commence their 10 day trek to Mt Everest Base Camp. They battled the the steep, rough terrain and altitude of the mountain, each step motivated by the everyday challenges faced by our A-T superstars, who struggle with mobility and experience respiratory complications. 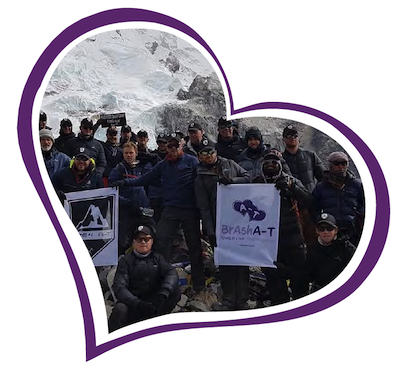 Sharing the journey with their supporters back home, the trekkers endured physical and mental anguish, each day getting increasingly harder, replicating the A-T journey once again. Then, on November 10, they were triumphant! They had made it to Base Camp, raising a monumental $250,000 reflective of their monumental effort!

The trekkers showed great courage, strength, endurance and unlimited selflessness, and in the process provided unbridled hope to all families affected by A-T. We dare to dream ... our hope for a cure is stronger than ever!

Despite the walk having been successfully completed, Jeff & Carly's team are still raising funds for their cause.