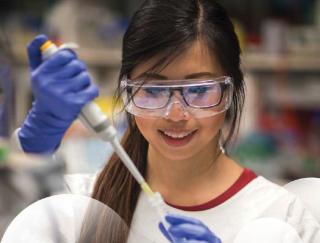 A-T is considered an orphan disease because the pharmaceutical companies have not “adopted” it due to its rarity. Parent-driven associations worldwide have been instrumental in raising funds and engaging with scientists to develop new approaches to combat this disease.

Research into possible treatments for A-T may offer exciting implications beyond the relatively small A-T community. Advancements in the understanding of the ATM protein may provide insight into, and treatments for, other neuro-degenerative conditions such as Alzheimer’s, Parkinson’s disease and Multiple Sclerosis, as well as metabolic syndromes, cardiovascular disease, respiratory disease, cancer and immunodeficiency diseases such as AIDS.

BrAshA-T aims to support ground-breaking research around the world, and we are very fortunate to have two dedicated and highly talented A-T research teams in our home city of Brisbane, Australia who are working on a cure for A-T: 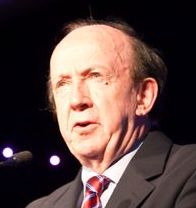 The major focus of Professor Martin Lavin’s research at UQCCR (University of Queensland Centre for Clinical Research) has been on the importance of DNA damage response in minimising genetic instability and cancer.

Professor Lavin has established an international reputation for his work on A-T and regularly meets with international researchers to share their findings and insights into A-T. Professor Lavin is working tirelessly towards repairing the genetic mutation that causes A-T using gene therapy. His success could have far reaching implications and see this science applied to all genetic disorders.

Click here for more information about the work being undertaken by Martin and his team. 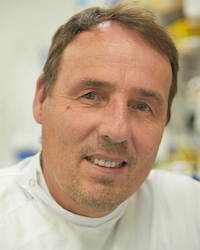 Professor Ernst Wolvetang from the AIBN (Australian Institute for Bioengineering and Nanotechnology) is leading the derivation of footprint-free induced pluripotent stem cells (iPSC) in Australia, with a particular focus on neuronal and cardiac disease models.

It is hoped that his work will one day enable the cerebellum of A-T patients to be repaired using iPSC, reversing the neurodegeneration in A-T patients. Scientists in Japan have already applied this knowledge to successfully reversing macular degeneration.

Click here for an extract from the AIBN 2017 Annual Report describing the work undertaken by Ernst and his team.

Professor Lavin, Professor Wolvetang and other scientists engaged in A-T research regularly meet with the A-T children and their families during the clinics held throughout the year, updating them on their progress. This has resulted in a unique relationship between the researchers and the families, and a personal commitment, passion and urgency to find a cure in time to save these precious kids. BrAshA-T and our invaluable researchers strongly believe that it is not a matter of if, but when, we will find a cure.

We are a founding member of the A-T Global Alliance which was established in 2020 to maximise the effort, resources and funding committed to finding a cure or treatments for A-T.

A-T doesn’t discriminate and neither do the discoveries. They benefit people everywhere, regardless of where they were made. By bringing together universities, researchers, clinicians and Charities, the A-T Global Alliance has established hubs of research in cities all around the globe. This research network allows the smartest minds to work together, to ensure discoveries are turned into benefits for people with A-T everywhere, sooner.

Through the web site, cureat.org, the alliance also created a Global Directory which provides useful information (e.g. care guides, the latest research studies and publications) for patients and their families, researchers and clinicians.